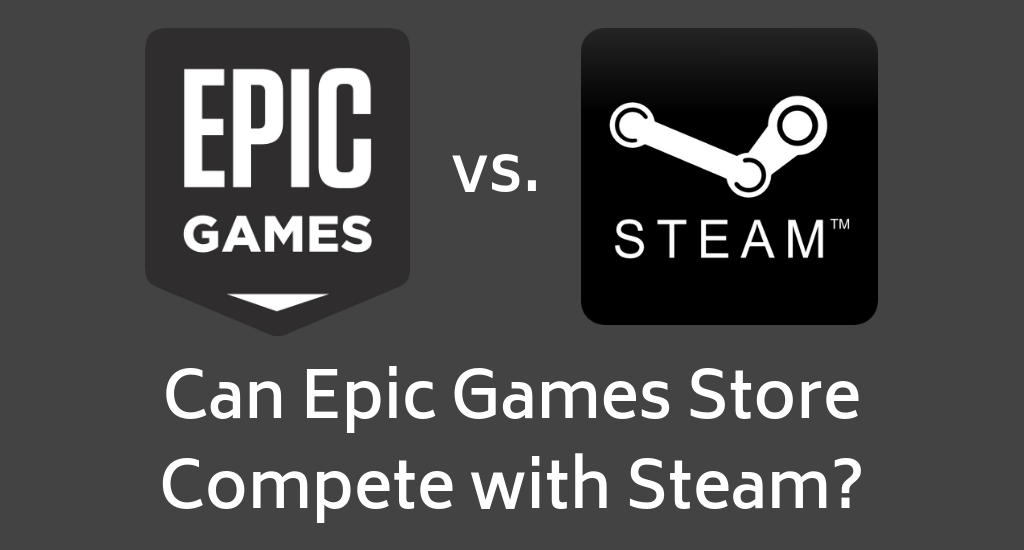 Epic Games Store decided to expand and open their own store! they beat Steam? Can they survive the war they are starting right now?

Many projects other than Epic Games Store have tried to compete with Valve’s Steam before. The oldest digital games distribution platform on the market was released almost 17 years ago, firstly as a system intended to make updating Counter-Strike easily, to fight piracy and deal with the cheaters. Later on, with the premiere of Half-Life 2, Valve made Steam a default digital distribution platform for millions of players.

There are some other services owned by large companies, such as Origin (by Electronic Arts), Uplay (owned by Ubisoft) and independent game stores, like GOG or GreenManGaming, but nobody has ever accomplished a success that could be even remotely compared with the one of Valve’s platform.

Each of the stores offers a unique set of features that distinguish it from the competition: GOG is DRM free, Origin lets you pay a monthly (or annual) fee to have access to almost 200 games and Uplay… Well, it usually is just an annoying requirement, if you want to play Ubisoft’s games. But they have some nice promotional offers, too.

How is Epic Games Store planning to compete on this market? They do not have a long list of exclusive games (yet), they don’t have many functionalities built in their app (which is, essentially, just a modified Fortnite launcher) but they have a plan.

While Fortnite is super-popular right now, its life cycle will one day come to an end and it may be difficult to capitalize on its success in a long-term manner. Epic decided to include a shopping functionality in its launcher, and they did it in a very simple way, without surprising the users with drastic and unexpected UI changes. They haven’t even allowed the games in the store, yet.

How is Epic Games Store better

It is a mystery to most of the gamers what Epic can offer, that Valve cannot. There are some sensible answers to this question, though.

First of all, Epic is very friendly to developers. Their fee is much lower: only 12% vs 30% on Steam. Moreover, if you decide to develop your game with the Unreal engine, you will be allowed to do it for free, if you publish it on Epic Games Store. This is another 5% of savings. In total, publishing a game on Epic Games Store may cost only 12% of revenues instead of up to 35%, which is a game changer. Thanks to that, prices for the gamers may be lowered without lowering the markup, so everybody wins.

This strategy has already started to yield results. The most shocking one is the recent Deep Silver’s decision to publish their Metro: Exodus exclusively on Epic’s platform (Steam release will take place a year later, in February 2020). This is not just an experiment, though. It may be a trend.

Ubisoft has already proclaimed that starting from The Division 2, they are going to switch from Steam to Epic Games Store for select titles, and with their annual franchises, it’s probably going to generate a lot of traffic on Epic’s servers.

Another issue is the user base. While Steam is the biggest PC gaming service, Fortnite is a phenomenon so massive, that Epic Games Store is already installed and running on quite a lot of computers.

As can be seen, the Concurrent Steam Users count peaks at 15 million every afternoon. Fortnite, which is just one of the few games available in Epic Games Store reaches 8.3 million concurrent players. It may be just half of what Steam generates, but remember that we are talking about just one game here.

The total user base is another story. Fortnite beats Steam with no mercy here with its 200 million total users, compared to 125 million of total gamers registered at Steam.

Let’s not forget, however, that all these numbers are purely theoretical information. We cannot simply assume that every Fortnite player is a potential Epic Games Store customer. Many of them use the Epic Games Store client only to run Fortnite and are not interested in buying anything – but this is a topic for the next paragraph. Also, many o them play the game on platforms other than PC, for example Nintendo Switch, where Fortnite is a huge hit and one of the most popular titles (over 50% of Switch owners have installed this game).

So will these numbers matter, when it comes to business? Can Epic Games Store capitalize on Fortnite players that have already installed its application on their computers? Time will show. We can only guess – or analyze the information we have.

As we have already concluded, Epic Games Store has a possibility to address their message to millions of people. And the message is clear: you already are a registered user and you have the app installed in your system, so start using it as it’s meant to be used, get some new games! This is necessary to get people used to the new store app.

Epic Games is planning to convince us with two serious arguments: free games and lower prices.

As far as games are concerned, the policy is brave and simple. They will give away free games throughout 2019, a new one every two weeks. They plan to pick titles that are recognizable and not necessarily cheap. This is a great way to encourage gamers to log into their accounts and to get them used to it.

Games that already have been offered for free include hits such as Super Meat Boy and Subnautica, with Axiom Verge coming next week.

They certainly got me here: 25 free games (and let’s hope the selection isn’t going to get less interesting later on) in a year is a great argument to use Epic’s launcher.

As far as the second argument is concerned, nothing is 100% certain yet, however, the store’s policy may result in prices significantly lower than those on Steam. The first proof that it’s possible appeared a few days when Deep Silver revealed that Metro: Exodus is going to be a temporary Epic Store exclusive. Interestingly enough, they decided to make use of the lower distribution fees and lower the price to $49.99, which is $10 cheaper than a regular AAA game. If this trend can be continued, users may start migrating.

Epic Games Store is not more than a reskinned and a bit tweaked Fortnite launcher at the moment. It has virtually no functionalities whatsoever, besides downloading games and a friends list/chat. You can’t even comment on games, place your reviews or filter games in the store according to their genres or tags.

A good news, on the other hand, is Epic’s attitude to the modders community. The Store already offers a selection o modding tools, even dev kits.

Since the basic framework around which the launcher is built was made specifically for a multiplayer game, it should be secure and hacker-proof. You can learn how important this is here.

So will they succeed?

Considering all these facts, it is super difficult to say if Epic stands a chance against Valve in this fight. And this is ! So far, nobody even dared to build something as ambitious, as a store competing with Steam. And do it overnight.

All the other platforms are quite niche, each specializing in something else. Now, a new power may arise and gather some great developers ready to publish there as well as gamers who have already registered, even if they didn’t know they did. Let’s hope they can battle the monopolist and prove their ambitions can come true. 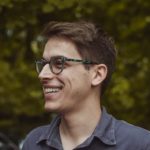 How to protect your store from out-of-stocks during Christmas