CodesWholesale Blog > Case Study > A company that was left behind

The future of media is digital and this future has already begun. Read our GameStop case study to learn what happens, when a company doesn’t acknowledge this fact.

The future of media is digital

Almost all media consumers have already switched to digital products and prefer them over their physical and old-school counterparts. Following this trend is essential if you intend to keep your customers. This global market transformation is in its final stage right now and if you don’t jump on the bandwagon quickly, your business might become obsolete, just as the VHS rental shops have suddenly disappeared. Moreover, some countries already are almost 100% digital, when it comes to distribution of video games!

But first things first: to enter the digital era, you must understand certain facts. Let’s dissect a famous case of a corporation that totally overlooked the trends, and learn something about a new, exciting category of goods that fits extremely well in existing and upcoming market conditions.

If you don’t evolve, you are destined to stay behind – this simple truth is overlooked too often, especially by large companies, where there are too many steps in the decision making process. The dramatic Gamestop story shows the core of this phenomenon best. As a typically physical retail chain with over 5000 locations, they didn’t have any idea about what to do to survive. Or maybe they believed that digital distribution is just a fad that will soon be forgotten?

The most popular video game store in America, also one of the oldest companies in its category,  Gamestop, is now struggling and may not make it to 2020, as they have suddenly lost a huge share of their customers – people finally prefer having access to digital games directly from their computers. The corporate management ignored the facts and certainly relied solely on sales of boxed games for much too long.

As a result, they are now almost totally obsolete in the eyes of the majority of gamers. Customers nowadays don’t see any point in visiting the stores in person. GameStop is closing down hundreds of stores each year, while they are trying to save what they have by transforming some locations into places where gamers could hang out and socialize, sitting on coaches and playing retro consoles. Will this experiment work? Only time can tell.

But did it have to come to this?

Basically, as digital distribution eliminates almost every drawback of physical copies, it seems obvious the customers don’t see any point in the latter. An average gamer in 2019 prefers lower prices, higher availability, express delivery on email and the fact that they can buy their favorite game in hundreds of e-stores whenever they wish, without any hassle at all.

Interestingly, the media predicted the situation GameStop is in right now years ago. In 2013 Hanuman Welch wrote:

The days of brick and mortar video game retail outlets are numbered. We know it, they know it, everyone knows it. With digital distribution on the horizon with next generation consoles, it’s almost certain that the old way of selling video games is rocketing into a collision course with extinction.

Gamestop could have acknowledged the facts about new, modern distribution channels years ago and adapt, while they were still a novelty, but the company chose the path of ignorance and it is too late to react now. Other companies did it and now operate completely online, reducing their costs to a minimum, maximizing their incomes and offering better (or rather more demanded) services for less money.

There is no coming back now – businesses that don’t accept reality will be forced to give up soon.

In a situation of constantly growing gaming industry, GameStop manages to find itself in a worse condition each year.

The company is slowly turning into an antique shop.

Contemporary media consumers were raised with digital media all around them and, for them, it’s totally normal not to own any boxed games, DVDs, CDs or even paper books or press. Their furniture is empty, but devices are full of all sorts of media.

So what exactly did they decide to live with?

Enter the digital market before it’s too late

As a business owner or a manager, you cannot just ignore the constant changes the market undergoes. Joining the digital distribution scene right now is an obvious way of diversifying your income sources and an obligatory step in preparations for the future.

In order to make sure you are bound to succeed and won’t share the GameStop’s fate, you can utilize your existing infrastructure and simply include a new product category in your e-commerce.

Doing so might have been a bit complicated in the past, especially given the sheer number of products you need to sell, it is not anymore, at least in case of digital products. They simply have as many pros for the retailers, as they do for the consumers.

The biggest benefit of the digital products market is that you don’t even have to keep and manage stock. Goods can all be sold in a dropshipping model. In other words, you can sell digital products without spending and risking much of your capital. You just pay your supplier for the stock you have sold and that’s it. As a result, there is literally no risk involved and you can make use of this business opportunity right away.

To explore all the possibilities of the digital products market, just contact CodesWholesale.com – a global digital dropshipping service provider. 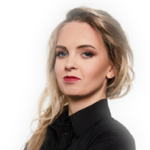 Ada Organista
I specialize in introducing existing businesses to the modern world of digital products. I can provide you with deep business insight, help you understand the overlooked needs and unearth your company’s full digital potential. Then, I will lead you step-by-step to the success at selling a revolutionary, new type of products.

Looking for specific, hard to get products? Not a problem anymore!

I specialize in introducing existing businesses to the modern world of digital products. I can provide you with deep business insight, help you understand the overlooked needs and unearth your company’s full digital potential. Then, I will lead you step-by-step to the success at selling a revolutionary, new type of products.

Digital distribution – how to sell in hundreds, thousands and millions without stock or fees