There are many different categories gamers can be broken into. These categories are based on players’ approach to video games, the amount of time they spend playing them, the amount of effort they put in it and even the various genres of games they like the most. Here are some of the most common types we’ve encountered in our everyday work. After all, we’re gamers ourselves.

1. The Casuals. Their approach to gaming is, how to put it… casual. They can be interested in various types of video games, from simple mobile time eaters to massive AAA titles. One thing they have in common is their easy-going attitude towards gaming. They don’t take video games seriously, make gaming schedules in advance or develop obsessions. Sometimes they don’t even finish the games. Because of this lack of commitment, it can be hard to get their attention. Casuals are not game-focused and don’t follow release dates. Still, they make a very large group that could increase your sales.

2. The Hardcores. The embodiment of gaming stereotypes. When most people think of serious gamers, this is exactly who they see: an overweight individual sitting in a dark room, staring at the monitor with hollow eyes, covered in crisps and surrounded by pop cans. This is, naturally, an exaggeration, but in some cases it’s not very far from the truth. Hardcore gamers are really dedicated, which means they literally live and breathe video games. They can spend hours upon hours in front of the monitor/TV screen, plan their schedules and take it all very seriously. They also tend to be well-informed about upcoming titles, applying for alpha and beta tests and pre-ordering games months ahead of their release dates. It’s quite easy and beneficial to get their attention but they are somewhat hard to please.

3. The Professionals. A very special sub-group of hardcore gamers, who take gaming even more seriously (if that’s even possible). However, there is a good reason behind it – because their livelihood actually depends on playing video games. The professionals play competitively – they enter many e-sports events and in some cases live completely off of their prize money. Aside from competing in online and offline tournaments, they practice their games of choice to the point where it’s no longer fun but pure methodical science. These are not the people you want to sell your games to. These are the people you want on your side, spinning your marketing campaign and wearing your logo on their t-shirts. With a little bit of luck and social skills, you can get to them because they tend to be quite easy going.

4. The Tryhards. They have a relatively small amount of talent when it comes to playing video games but they make up for it with incredible tenacity. They like to overanalyze games to the point where the latter are completely devoid of any immersion aspect. Rather than just play and have fun, they tend to focus on games’ mechanics. Instead of “becoming” a game’s protagonist, they think: click this, click that, wait five seconds, jump, etc. The Tryhards are also fierce completionists. Maxing out every possible statistic, discovering every secret area and hidden easter egg in a game, gaining all of the achievements… that’s their M.O. in a nutshell. It’s worth noting that the Tryhards are very good marketing targets. They will buy every game with an achievement system and every DLC (for even more achievements).

5. The “Retros”. Also known as the old school gamers, they are fans of all of the immortal classics. Pac-Man, Galaga, Contra, Missile Command, Super Mario Bros… you name it. Most of them don’t even bother looking at recent releases as they are still fixated on games made in 80s and 90s. Often owning ancient consoles like Jaguar, Super Nintendo or Sega, makes them pretty hard to approach on the modern market. Thankfully, a lot of indie game developers have a penchant for nostalgia as 16 bit (and even 8 bit) titles have popped up pretty frequently in recent years. These games in particular have a good chance of getting the attention of a Retro, as well special sales focused around evergreens.

That’s about it. Of course, these five aforementioned types are just the tip of the iceberg when it comes to the gaming community but making a complete list would be very hard (if not impossible). Gamers are a very dynamic group, constantly shifting and evolving. Also, most of them would fall into more than just one category. But who knows? Maybe one day we will muster the herculean strength to categorise each and every one of them. 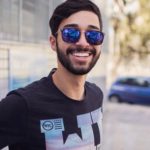 Jacob
Efficiency and business development freak. With his head full of ideas, advises e-commerces on how to expand to new markets and grow.

Efficiency and business development freak. With his head full of ideas, advises e-commerces on how to expand to new markets and grow.

Selling online: 9 things to consider before you start

The release of Warcraft: The Beginning and how it will affect video game sales

7 things that drive your customers away